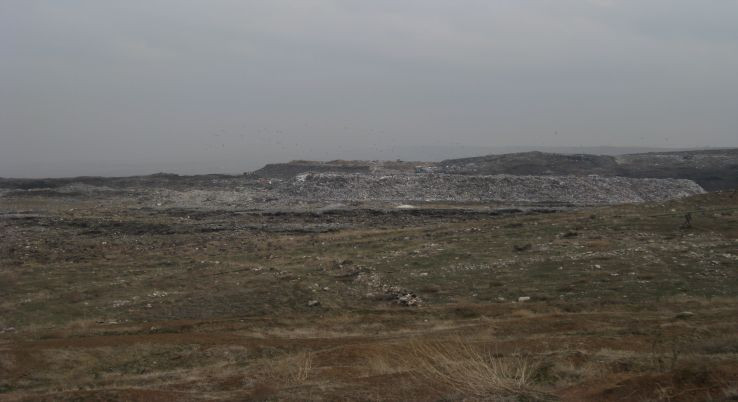 We inquired specifically about Nubarashen landfill project, its implementation stage, construction of the new landfill, the tender process, whether the project was changed in the past years (after environmentalists raised their concerns), if the project will have recycling and/or other energy components (such as energy production from gas). We also asked if the stakeholder engagement policy has been reconsidered and if new public hearings will take place with the affected communities and the civil society.

The response from the Municipality was as follows: “Currently the tender is underway for the design and construction of the new landfill in Nubarashen, as well as for closure works of existing Nubarashen and Ajapnyak landfills. The first round is over. Second round is announced and it is planned to receive the bids at the beginning of 2022.  The contract will be signed during the second trimester of 2022.

New landfill project has not been changed and no recycling is envisaged. However wells for gas collection, as well as a 1.4MW generator converting gas to energy will be installed.

The policy of stakeholder engagement has not been reconsidered either.”

In our letter we also asked to provide us or the public with information regarding the volume of recycled materials up to date, as well as whether Municipality receives payment from handing over the waste to recyclers and if so, why citizens, who recycle are not exempt from paying garbage tax.

Municipality replied, that “The recycling department of social non-commercial organization (SNCO) “Landscaping and Environmental Protection” that operates under Yerevan Municipality currently implements the waste sorting and recycling pilot project. The recyclables (paper, plastic, glass) collected by the organization is handed over to the recycling companies that won the tender, while the payment for the recyclables goes to the SNCO. From December 2020 till end of February 2021 around 135 recycling bins were placed in Yerevan. From January to December 30, 2021 around 663.000kg of waste was collected from these recycling bins in Yerevan, out of which cardboard and paper - 579.000kg, plastic – 30.000kg and glass – 54.000kg.

It becomes clear from this letter that even though Municipality is taking steps towards recycling, overall there is no specific state approach towards implementing recycling or generally circular economy as a state policy. However, the concerns and suggestions of environmentalists were also ignored by the international financial institutions providing funds for the construction of the new landfill in Nubarashen. The civil society had sent letters to these institutions insisting on making the Nubarashen landfill project a more sustainable one, including by installing waste sorting and recycling facility. And yet, Municipality's response shows that no change was made to the landfill project.